"The Lord gives strength to his people; the Lord blesses his people with peace."
–Psalm 29:11

Kroc Church is a place where people from all walks of life are welcomed and belong. We gather to study the Bible, worship God and progress together in community so that lives are changed through Jesus.

Being part of The Salvation Army Kroc Center allows us a number of different ways to create community. It doesn't matter who you are or where you find yourself in life, if you want to get closer to Jesus and you want to build Christian community, we would love to have you join us.

Read more about what we believe here.

You're invited to join us for worship located in the Kroc Center Chapel. Everyone's welcome!

Each week, we come together and worship using a blend of contemporary music, classic hymns, stories of encouragement, and sermons based on Biblical truth.  From lifelong Christians to first-time church goers, we welcome everyone to Kroc Church.

Note: Service times may be impacted / unavailable due to COVID-19 restrictions.

Mid-week Bible Studies give an opportunity to dig deeper into God’s Word to gain understanding, knowledge and wisdom.  We can live more powerful lives and expect to experience the joy and peace that comes with walking close to the Lord.

WEDNESDAYS, 10AM
Women's Ministries
All women are invited to share a time of worship including study, small group discussion, prayer, and fellowship.

WEDNESDAYS, 10AM
Men's Fellowship
Join us for fellowship as we study God's word and how it applies to our lives today.

COMMUNITY CARE MINISTRIES
CCM is a program that carries out Christ's commission to care for those in need. This Program includes, but is not limited to, visiting nursing homes, jails, institutions, and shut-ins. CCM's heart is to care for others in a practical, meaningful way. 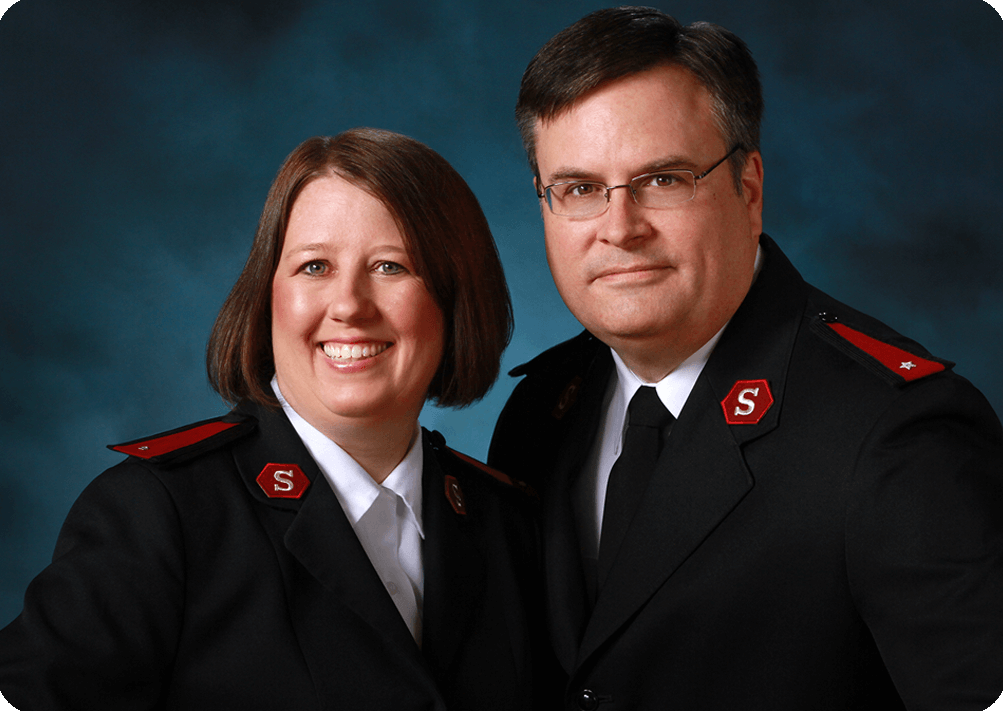 Captains Quinton and Deanna Markham are native Oregonians, having been born in the Coos Bay area.  They met in 1989 and have now been married for 26 years.

Prior to becoming officers (ordained ministers) in 2015, Quinton was a youth worker in The Salvation Army for 29 years, and Deanna worked in Salvation Army administration, human resources, donor maintenance and youth work for 20 years.  Prior to being assigned to Salem, they were the corps officers and administrators at the Red Shield Community Center in Modesto, California for four years.

The Markhams have two sons, Elias (19) and Bramwell (15).  Quinton enjoys watching sports, collecting shower caps and listening to the Beatles.  Deanna likes romantic comedies, country crafts and taking care of her boys and her dogs.

The Markhams are honored and humbled to serve in leadership of the Salem Ray & Joan Kroc Corps Community Center and are always looking forward to meeting new friends. 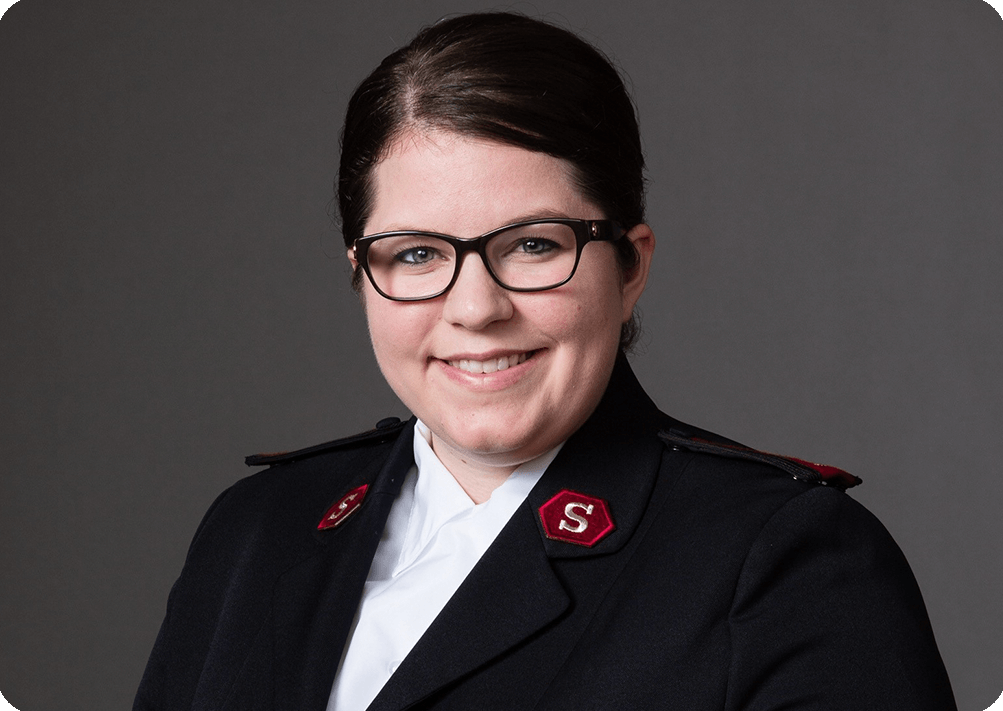 Laura is a 30-year-old Salvation Army officer who is deeply committed to serving the community. She is a lifelong Salvationist who enjoys helping those around her however possible. Laura grew up attending character development programs at the Ray & Joan Kroc Corps Community Center in San Diego, California.

Those experiences largely shaped who she is today as a mother, friend, and leader. When she’s not participating in community and program development with The Salvation Army, Laura enjoys spending time with her family, hiking, dancing, reading, and playing the piano.

"...and pray in the Spirit on all occasions with all kinds of prayers and requests. With this in mind, be alert and always keep on praying for all the saints."

If you would like a minister to pray for you or a loved one, please fill-out the form below. You can also submit a prayer request at the front desk, or call our team by clicking the button below.

We're here for you! Contact our helpful and caring staff today and we will be happy to help you with whatever you need.

Call Us Email Us